Ep. 83 Be A Voice Of Influence with Peggy Lebo 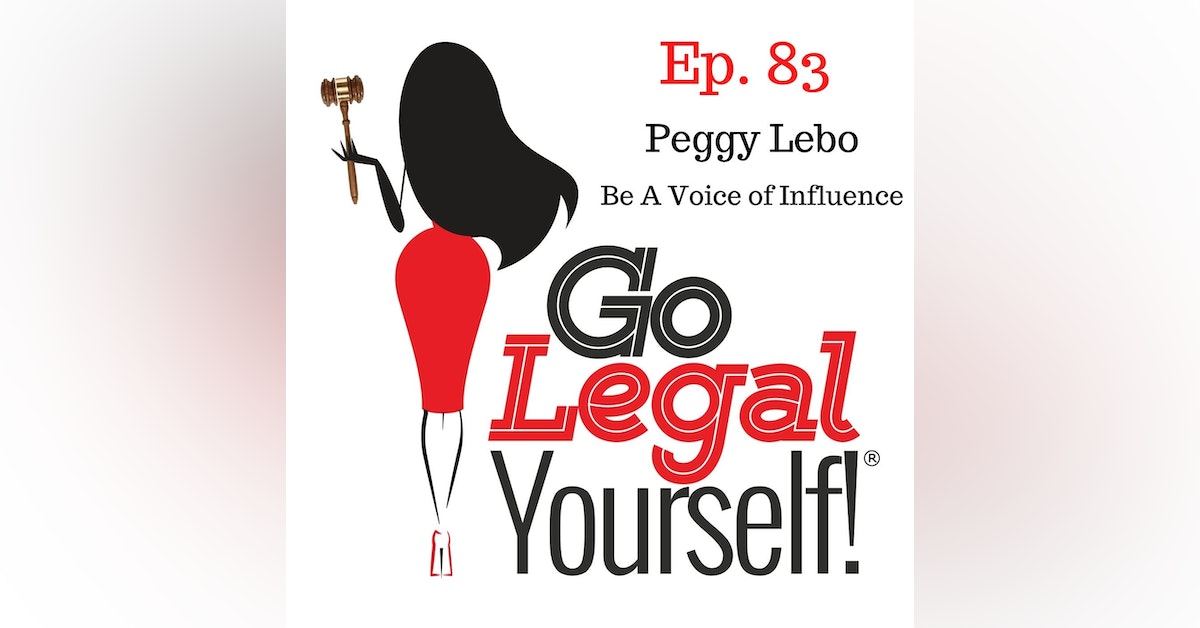 Speak with your true voice. It’s your magnet to the people you’re meant to work with.

Peggy Lebo, the founder of the True Voice Method, works with podcasters, speakers, and singers to help them find and free their true voice so they can become a voice of influence to inspire others and attract their ideal clients.

Peggy spent her early career in Los Angeles writing songs for other artists, including co-writing"Celebrate", Elle Mac's hit that reached #3 on the Billboard charts. She also co-wrote "Now I See" which achieved international success as the title track and single released by Quincy Jones' artist, gospel, and R&B legend Tata Vega. But it was her work in artist development with record label newcomers, helping them discover their voices as singers and song-writers that Peggy rediscovered her calling to help others find and free their true voice. The True Voice Method was originally born in a moment of inspiration brought on by desperation. As Peggy says...

“I was working a telephone sales and fundraising job (nicer way of saying telemarketing) to pay for graduate school. It was the worst job I ever had and I was Minnie Mouse for kid's birthday parties in Encino, so that's saying a lot. The only training we got was from a guy who was one of their top salespeople. He drank 3 cups of coffee and then read an awkward script in a salesy voice at lightning speed. I was there for two weeks and only made a few sales and had already decided to quit when I thought, I wonder what would happen if I applied what I've learned as a singer to how I use my voice as a speaker. I figured I'm quitting this job, what have I got to lose? What happened next changed my life. Within a few weeks, I became one of their top salespeople. That's how I paid for graduate school and it was the beginning of my True Voice work.

In the midst of developing the True Voice Method, I was suddenly forced to stop everything. While driving to the studio in LA to record a project, I was hit by a semi-truck and pushed down the freeway for a mile and a half.

After miraculously surviving the accident I used the experience as a wake-up call to stop waiting and putting off my own dreams. So I devoted the two-year recovery time to freeing and discovering my unique voice as an artist and a storyteller. Since then I've written and recorded three CDs and created custom concerts where I combine songs and stories to create a unique experience for the audience.

I'm always surprised when I meet a successful speaker or podcaster that doesn't like their voice or thinks that it is ordinary. That's when we work on the relationship they have with their voice.” ~ Peggy Lebo

One of the Top 20 Business Law Podcasts to listen to.